Soil Carbon: The Basics of Soil Carbon and a New Credit Industry 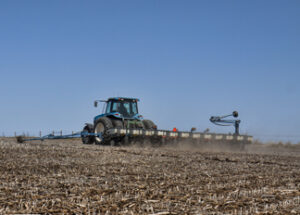 Soil Carbon: The Basics of Soil Carbon and a New Credit Industry

There has been a lot of talk in the last few weeks about soil carbon (SC), carbon sequestration,  carbon credits, and the like but it is tough to understand what all of it really means. There are three main reasons we expect SC to become an even bigger topic in the near future – the average American is responsible for 16 tonnes of carbon emissions which is higher than the global average, international research has show that North American agricultural soils have the highest potential for carbon storage, and the new administration has pledged upwards of $2 trillion in environmental efforts.

To begin to understand how all of this will affect agriculture, we must understand what we are measuring. Soil carbon is the carbon stored within the soil organic matter. Soil organic matter varies throughout fields and regions but is generally between 3% and 6% for productive soils. Carbon is estimated to be roughly 58% of that soil organic matter total, so about 1.75% to 3.5% of the total soil makeup.  SC levels are not constant and are subject to change due to management and a process called carbon sequestration. This is the process of capturing and storing atmospheric carbon dioxide in the form of (generally) plant matter within the soil. That is the same process that private industry an government agencies are speaking about when talking about carbon credit payments.

Carbon credits are the ‘credits’ purchased or given to an individual or organization for the offset of carbon dioxide emissions, usually one ton per credit.  The new industry that looks to create carbon credits for sale is looking to pay land owners and/or operators for the CHANGE in practices that allows for additional carbon sequestration, such as adopting cover crops or no-till. ‘Change’ is likely to be a key word as this industry begins. Many of the companies I researched required the practices to be new to the field or operation. The main purpose must also be for carbon sequestration, no double dipping with programs from the NRCS or other organizations. Other hurdles this industry will face as it gets off the ground include

All in all the opportunity for more diversification in farm income is exciting but the carbon credit industry is young. If it is something you are interested in, go slowly. There are many important items that need to be worked out yet but I expect it will become the norm sooner rather than later.